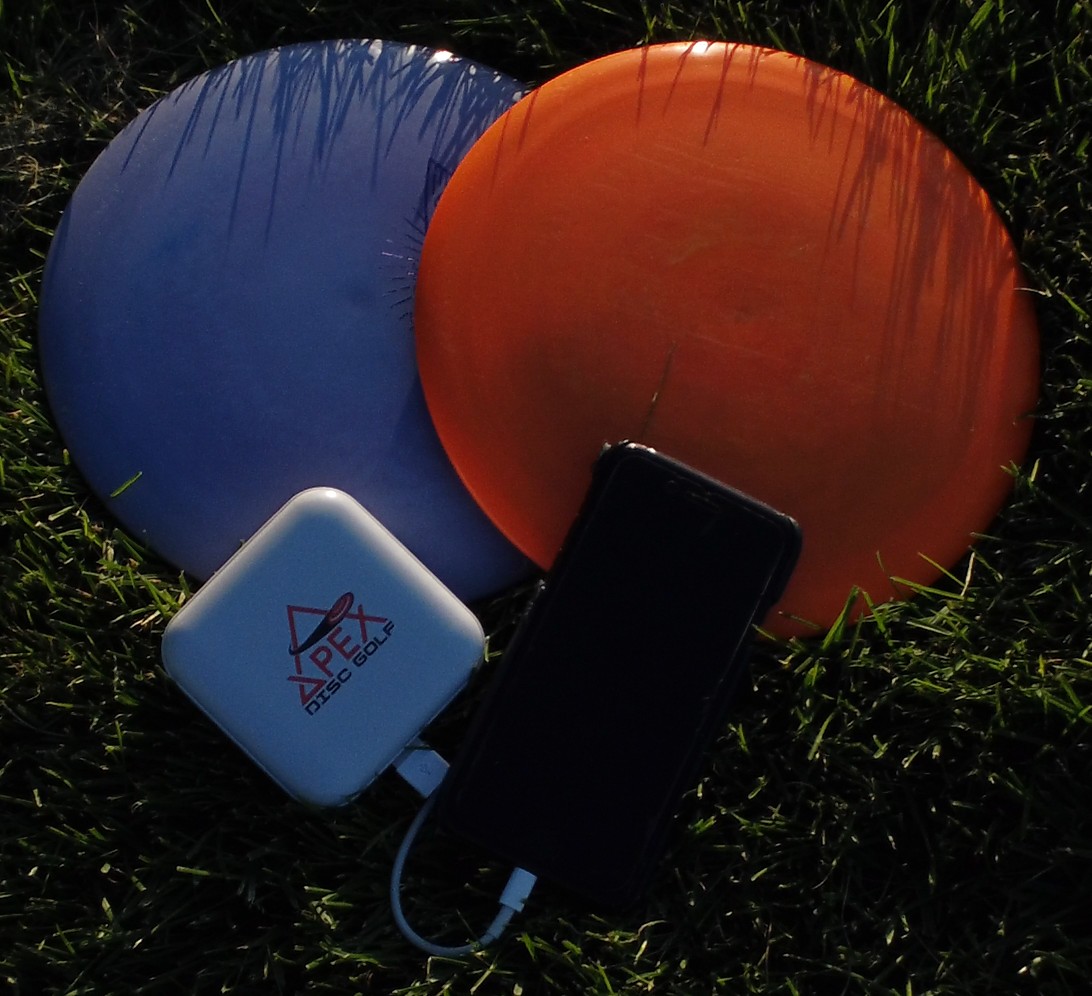 Hey fellow disc golfers! This is the first in Apex’s Beginner Series! We decided to make this series to help all the beginner disc golfers out there. This blog series is going to be about all the things I wish I had known, or I was glad that I knew when starting this amazing sport!   How many times have you been disc golfing and you’ve seen someone who only has one or two discs that they use for everything? Or maybe you’re that person?

There could be many reasons to why they only have one disc, but the main reason is that they don’t know the difference between different types of discs. To someone who has never played a disc sport before, discs are just discs. They don’t realize that there are many different discs that do different things. Today, we are just going to talk about the 3 different categories of discs: Drivers, Midranges, and Putters.
Driver
A driver is used to throw for distance. To do this, they need to fly faster than other types of discs. However, this means they are notoriously harder to throw for beginners than their more predictive counterparts. Drivers are flatter and more aerodynamic than Midranges and Putters, which allow them to cut through the air faster and go farther. There are two subtypes of drivers, the Distance Driver and the Fairway Driver. As expected, the distance driver is the type of disc that is most often used to get the greatest distance. However, with a wide, sharp rim, these discs are harder to throw as a beginner. This is because they require more speed and a stronger arm to throw, as they need a lot of spin to follow the flight plan correctly. If you don’t throw these discs with enough speed, they usually Hyzer quite dramatically, and end up far off the target. As a beginner, the fairway driver is a bit more manageable. Being a driver, these discs still get a lot of distance. However, with a smaller and less sharp rim than their Distance cousins, they tend to require less speed to throw it accurately. This reduction in speed makes it easier to be consistent while throwing this disc. However, as a beginner, these discs will still be fairly difficult to throw until you get your arm speed up. Drivers are usually used to tee off and tend to get you in a position to approach or putt. If you use a midrange or a putter on longer shots, it tends to get frustrating because you will be throwing more times to get to the point where you can get a good approach or putt. Being able to throw a driver is a big step to really unlocking the sport of Disc Golf.
Midrange
Midranges are the widest of all the disc types and have a higher max weight range. These discs are usually more accurate and more consistent when throwing them. They can also get a fair amount of distance if thrown with enough spin and speed. This is usually the first disc I would recommend a novice to buy. The reason for that is that they are easier to throw than drivers but can still get distance. They are also more predictable than a driver and will make the game more fun to a beginner, as they will be able to throw more accurately. Typically, midranges are used for approach shots (getting your disc in a good position for putting). These discs are versatile and can be used for short drives, approach shots, shots through narrow gaps and many other situations.
Putters
Putters are the slowest of the different types of discs. This means that they are easier to throw in a controlled manner, because you don’t have to get a ton of speed when throwing them to be accurate. These discs are used to get into the basket, and so they are made to be more dependable and with their slower speed, they are less likely to deviate from their course. These discs can also be good for playing a short game or getting more accurate approach shots. Putters usually have a deeper, thin rim, which makes them comfortable to hold onto. Gaining control with these discs helps you improve your game, as you can get it into the basket from farther distances, instead of having to be really close to get it into the basket. Another variant of Putters is the Putt and Approach disc, which are in between Midranges and Putters and are used not only for putts, but also controlled approach shots.
There you have it, the 3 main types of discs. One thing to note is that each of these categories is very broad. Not all discs in each category will fly the same, because there are a lot of other factors that go into each disc, which we will discuss in a later post. As you master the differences, you will elevate your game. Thanks for reading and I hope you found this helpful!
Category : Beginner Series
PreviousFirst Product!
NextWeather Phenomenons